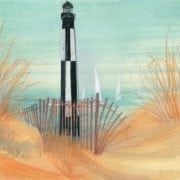 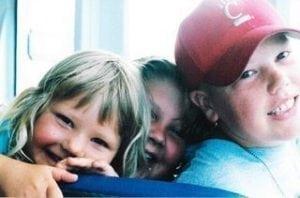 Several years ago I had the opportunity to travel the east coast of Lake Michigan. I was the solo driver with my three young children as my only passengers. As a family, we had been going through some tough times. And often, I found myself being the lone parent left to raise these three trusting little humans. This trip was truly a God send to me. For in it, I found my inner strength through mighty towers that hold the beacon of light.   Throughout our travel, I witnessed some of the most breathtaking scenes nature has to offer. 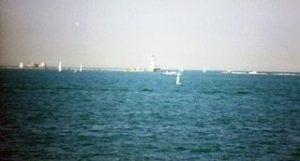 Many that are still etched in my memory. And, it was during this trip I became addicted to lighthouses. I found myself mesmerized by these beacons of light that stood at the end of a pier or on land surrounded by huge sharp boulders. Even though I knew they were inanimate objects, questions to them ran through my mind as I stood there gazing at them in wonder… How many lives have you saved because they heeded your warning? How many lives have been lost due to the sharp rocks that lay at your base? How do you withstand the continuous pounding of the waves during storms, and especially in winter, when the water is ice cold and the wind has its chilling bite? How did they build you and who built you? And, do you get lonely standing out there by yourself? It was as though I heard The Beacon whisper an answer to me through the mist of the water as the waves lapped against one of its mighty foundations. “Just as I, the Beacon, stand here alone during the storms, you, too, at times will stand alone being a beacon of light — the beacon of hope for that one lost soul needing to know that someone cares. You might be that only smile they see that puts light in their eyes. This is for what you were made. This is your job. This is your purpose — to share the light. Though the waves may come crashing down upon you, your Maker made you strong to withstand the storms. Your Maker made you strong enough to endure the loneliness. Your Maker made you to shine His light and be kind and forgiving and to always love. Sometimes your light might be the only light that can be seen in the midst of the storm. And, it might be very dim. But, it is there. You have been built on a strong rock that will not let you fall. Have faith in your Maker, as I have in mine.” Silly as it sounds, The Beacon’s words gave me strength to help endure many of the hardships that have come my way in life… both as a single parent and in a career. But this message from The Beacon is not only true for me, it is true for this Great America. For as this world is going through some very strong storms of change, chaos and sadly, much hate, I see our Great America as the Beacon of Light to this world. So many come to this great nation filled with hopes and dreams. We are the beacon of hope for humans all over the world desiring to live in freedom… to prosper… to live in dignity. As these storm waves of hate and chaos are crashing down upon this great nation and trying to destroy the foundation on which it stands, it is imperative that we know and understand the principles on which our nation’s forefathers built it. And, let us not forget those whose lives have been lost protecting our nation’s foundation from being withered away from the continuing crashing waves of destruction. We are the Great America… but to stay great, our foundation must stay strong. 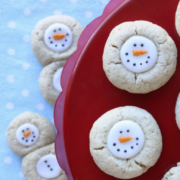 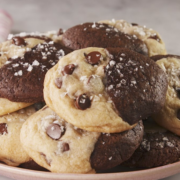 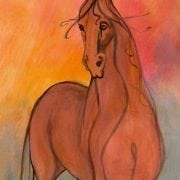 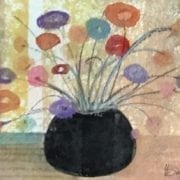 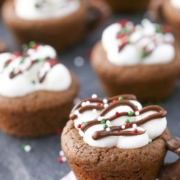 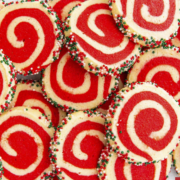 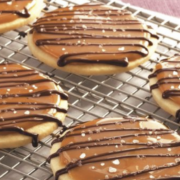 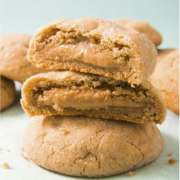